Education goes into the field!

In addition to our projects and daily duties at the Jewish Museum, the internship program here also gives us the opportunity to visit other museums in the general area to compare how they function. Often these trips have a collections emphasis–which is not to say that we education interns don’t enjoy seeing other collections. However, seeing yet another temperature-controlled basement room filled with moving shelves stacked with acid-free boxes has a limited relevance for those of us in education. So, yesterday, we went on our own education-themed field trip to Harpers Ferry! 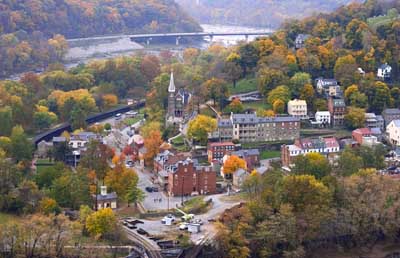 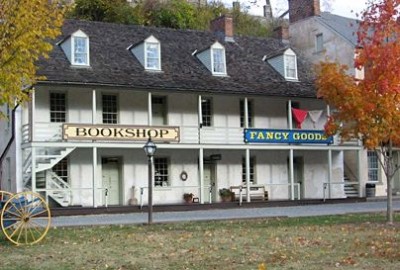 For those of you who don’t know, Harpers Ferry is an historic town located in West Virginia at the confluence of the Potomac and Shenandoah rivers. It is most famous for its federal armory that was attacked in John Brown’s raid in 1859, a precursor to the American Civil War. The town no longer has industrial significance, but instead, its lower half is occupied by a National Historic Park. This park is a little bit like Williamsburg in that it is a living history museum: the streets are meant to evoke the town as it was in the mid-19th century, and the rangers give tours and demonstrations in period dress. Our goal for the day was to go on a tour, walk around, and talk to some of the rangers about their jobs, so we could get a feel for how a very different museum operates.

However, even the best laid plans often go awry.

We also wanted to get some relief from the intense heat this week by enjoying another popular activity at Harpers Ferry: tubing down the Shenandoah River. On Tuesday, we made a morning reservation for one of the many tubing companies. Our intended schedule was to tube in the morning, get a quick lunch in town, and then catch the 3:00pm tour in the Harpers Ferry National Park. The tubing was glorious–the perfect way to spend a 95+ degree day! The water was the perfect temperature, and the scenery was beautiful. Elena took some lovely, impressionistic pictures on the river using a plastic bag “filter.” 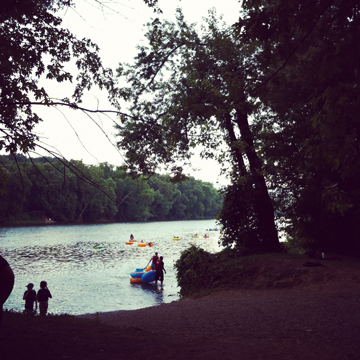 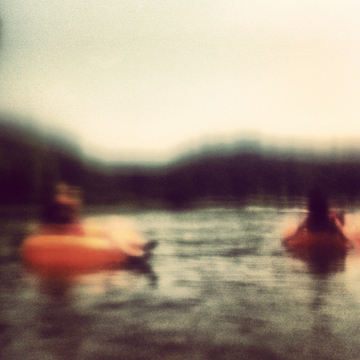 Afterwards, we stepped into a cafe for lunch just in time for the thunderstorms! It poured and poured, which, thankfully, cooled the air outside, but waiting for the weather to clear (and for a slow cafe kitchen to bring our food) caused us to just miss the 3:00pm tour–the last one of the day. Instead of the tour, we wandered a little around the town by ourselves, and listened to a ranger talk about the armory and the kinds of guns they used to manufacture in Harpers Ferry. We also chatted with the ranger afterwards about what it was like to work there. Surprisingly, he told us that there were only two full-time staff, four rangers, and several interns in the interpretation (education) division of the park. Sounded a lot like us! Unfortunately, by the time we finished talking with him, it was time to go back home to Baltimore.

Even though we didn’t accomplish everything we had set out to do on our field trip, the excursion as a whole was successful. We got a small sense of what education is like in a living history museum, we had fun, and, perhaps most importantly, we managed to avoid getting sunburned! (Except for a small part of Ariella’s leg.) 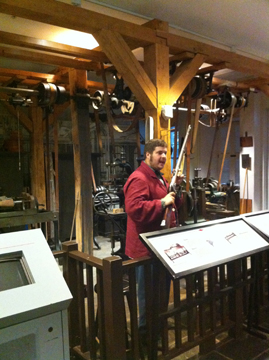 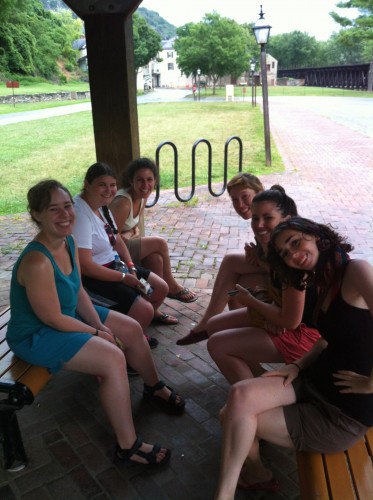