A Conversation with its Jewish Inventor

If you are interested in exploring more Klingon check out these links: 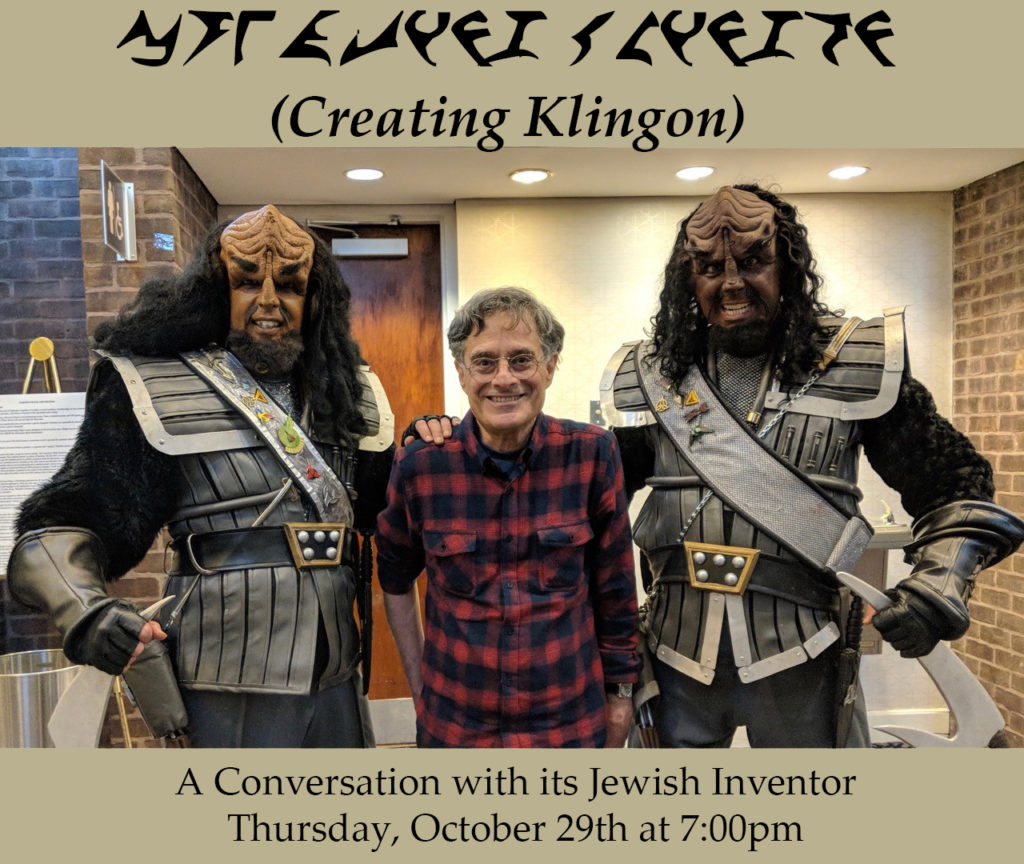 The Klingon language which began as a few lines of dialogue in the first Star Trek movie, has grown to be what Guinness World Records once dubbed the world’s “largest fictional language.”  Join us as its creator, Marc Okrand shares how he created this unique language – and why – as well as how the needs and trends of filmmaking have influenced and altered Klingon’s grammar and vocabulary.

He will also explore the role of Klingon as a minority language in establishing cultural identity in both the universe of Star Trek and in our own “real” world.

*Please register for this event by October 19, 2020 to be guaranteed to receive your free exclusive gift in time for the program. When registering please use your mailing address so we can guarantee your gift arrives prior to the event. If you need any additional help, or need your parcel to be sent to an alternative address please contact Laura Grant at lgrant@jewishmuseummd.org.

He is the author of The Klingon Dictionary, The Klingon Way: A Warrior’s Guide, and Klingon For the Galactic Traveler.  He did the translation for the Klingon opera ’u’ that premiered in The Netherlands in 2010 as well as the expanded version of the opera’s story in paq’batlh: The Klingon Epic.

He has degrees in linguistics from the Santa Cruz and Berkeley campuses of the University of California and has conducted linguistic research as a postdoctoral fellow at the Smithsonian Institution in Washington, D.C.  He is an associate producer of the documentary Conlanging: The Art of Crafting Tongues (2017).

This live stream Zoom event is presented in relation to the special exhibit Jews in Space: Members of the Tribe in Orbit, on view September 13, 2020 through April 11, 2021.