Resources Shared During the Program:

You can purchase copies of Marc’s book, Black Power, Jewish Politics: Reinventing The Alliance In the 1960s by emailing Chris Sniezek at – csniezek@jewishmuseummd.org

You can read the New Preface here.

You can hear more from Tracie at the links below:

The podcast Jews Talk Social Racial Justice with April and Tracie can be found here.

Join Dr. Marc Dollinger and Tracie Guy-Decker for a candid discussion of the tensions at play between the Black Lives Matter movement and the Jewish community, the forces of structural and systemic racism that exist and the connection between white nationalism and racism and antisemitism.

This program will also stream live on our Facebook page. 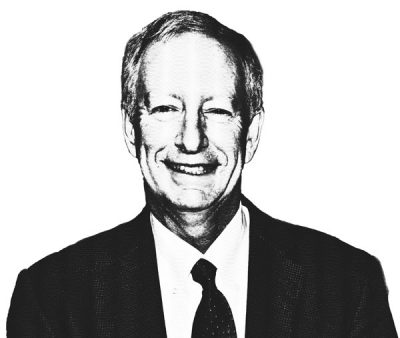 He has served as research fellow at Princeton University’s Center for the Study of Religion as well as the Andrew W. Mellon Post-doctoral Fellow and Lecturer in the Humanities at Bryn Mawr College, where he coordinated the program in Jewish Studies.

He is author of Quest for Inclusion:  Jews and Liberalism in Modern America published by Princeton University Press, California Jews, co-edited with Ava Kahn, and American Jewish History: A Primary Source Reader, both published by Brandeis University Press. He is currently at work on Is It Good for The Jews? Power, Politics, and the 1960’s, and cannot stop thinking about a writing book about Jimmy Carter.

He is a past president of both the Jewish Community High School of the Bay and Brandeis Hillel Day School. Marc serves as academic vice president of Lehrhaus Judaica as well as a trustee of URJ Camp Newman and the Bay Area Jewish Healing Center. Marc sits on the California advisory committee to the United States Commission on Civil Rights, was named 2008 Volunteer of the Year by the SF Jewish Community Federation and was awarded the San Francisco JCRC’s 2015 Courageous Leader award for his work against the BDS movement.

Tracie Guy-Decker, until recently of the Jewish Museum of Maryland, is an independent consultant, scholar, writer, and podcaster. She is the co-creator and co-host, with April Baskin, of the podcast and video series Jews Talk Racial Justice with April & Tracie and she is the mind behind BmoreIncremental.com.

The Root of White Supremacy

From Bomboloni to Bagel: A Story of Two Worlds