A Battle for the Jewish Soul 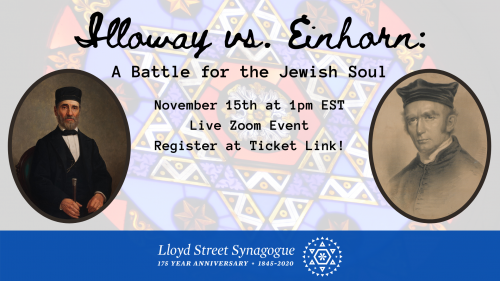 The nation had never been so polarized. Baltimore’s Jewish community was deeply divided. In 1861, two rabbis spoke on the brink of war – one from the pulpit of the Lloyd Street Synagogue and the other in writing to the reformed worshippers of Har Sinai. Experience a dramatic recreation of the arguments as Maryland’s Jewish community struggled to find its voice for social justice.

This event is part of a year-long celebration of the 175th anniversary of the Lloyd Street Synagogue.