Mrs. Houdini: The Woman Behind the Magician

Tickets to this program include Museum Admission – Buy Now 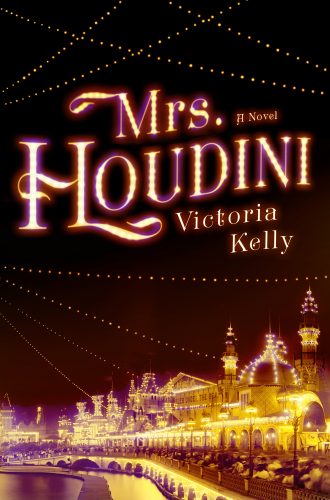 The legacy of Harry Houdini has captivated millions of people, but his wife has remained mostly in the shadows. Bess Houdini, in assistant in Harry’s earliest performances, was responsible for much of the magician’s success, and the two were rarely apart. What Bess Houdini became most known for were her extensive attempts to contact Harry after his death in 1926.

Author and poet Victoria Kelly’s novel Mrs. Houdini draws on true historical details to recreate a portrait of one of history’s greatest love stories. She also uses fictional details to explore the mystery behind Bess Houdini’s seances following Harry’s death. History and fiction interact in surprising turns that weave through the early days of the twentieth century and the dazzling 1920s. The book has been called “a marvel” (Associated Press), “mesmerizing” (People) and “enchanting” (Shelf Awareness).

This program is presented in relation to the Inescapable: The Life and Legacy of Harry Houdini exhibit, on display June 24, 2018 – January 21, 2019.