The Consequences of Acceptance: From the “Jewish Race” to White Privilege 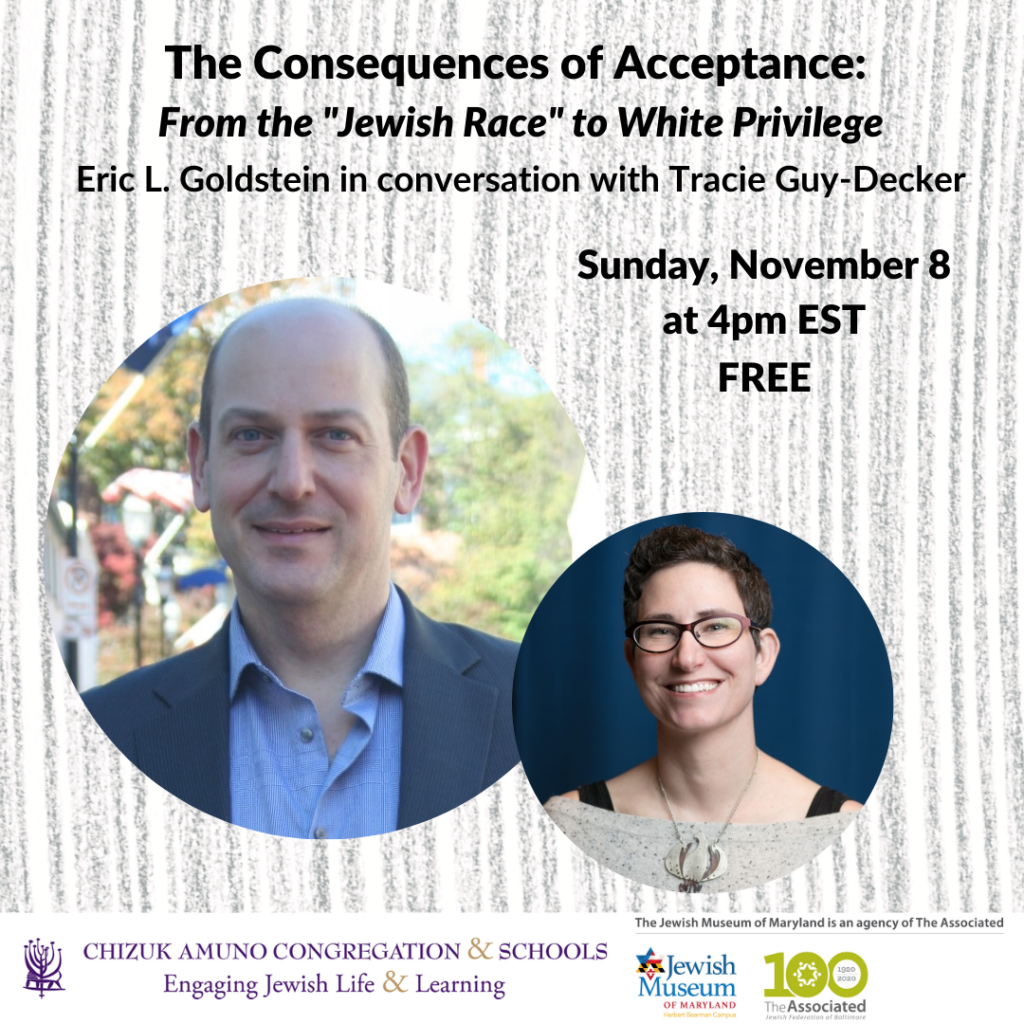 Join Emory University professor Eric Goldstein and activist and consultant Tracie Guy-Decker for a journey into the past, tracing the changing place Jews have held in America’s racial culture.

Resources from the program:

For more of Tracie’s work:

Eric L. Goldstein is Judith London Evans Director of the Tam Institute for Jewish Studies at Emory University, where he is also Associate Professor of History and Jewish Studies. He is author of The Price of Whiteness: Jews, Race, and American Identity (Princeton University Press, 2006) and, with Deborah R. Weiner, On Middle Ground: A History of the Jews of Baltimore (Johns Hopkins Press, 2018). He is a former editor of the quarterly scholarly journal American Jewish History.

Tracie Guy-Decker is the Deputy Director at the Jewish Museum of Maryland.  She is a graduate of Oberlin College from which she received her B.A. in 1998.  She holds an M.A. in Religious Studies from the University of Chicago Divinity School.