Jewish Party in the Park!

This past Sunday the Jewish Museum of Maryland participated in the first annual Jewish Party in the Park, a festival celebrating the Jews and Jewish organizations of downtownBaltimore. The party included live music, vendors, a children’s area, and even a shofar blowing flash mob.

The Jewish Museum of Maryland was both a partner and a vendor at the event. The education department had a booth in the children’s area where we did crafts related to the holiday of Sukkot. Elena and I were very enthusiastic about creating crafts related to stargazing and constellations since an important aspect of building a sukkah is being able to see the starts through the schach, the roof covering usually made of palm leaves, bamboo sticks, or other branches.

I made sure to take a lot of photos that day, so I’d like to share some of them with you.

One of the highlights of the children’s area was the bounce house. I was pretty set on bouncing it in myself but unfortunately I never made it inside. 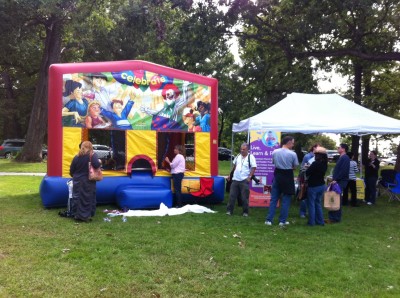 The other major highlight in the children’s area (besides the JMM tent of course) was the balloon making demonstration by “Balloons by Jon”. Jon made a life sized princess and motorcycle out of balloons. It was very impressive. 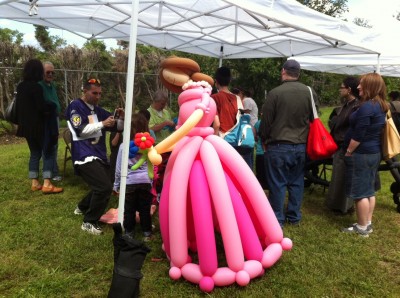 Kayam farms had a tent where they taught visitors about Jewish agriculture, which included displaying live chickens. They also sold some of their produce. Elena and I purchased mini gherkins, perhaps my new favorite healthy treat. 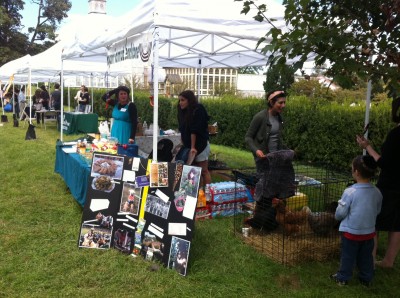 At the JMM tent Elena, Deborah, Ilene, and I taught children and their families about the starrs and how they relates to Sukkot. We were  impressed by how much knowledge many of the children already had about the constellations and the sky. 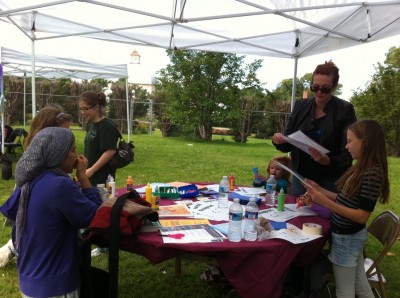 Last but not least, one of my personal highlights of the day was that both Ilene Dackman-Alon and Amy Smith, two JMM staff members, brought their dog to the park! Jack and Floyd were adorable and definitely attracted many children to our tent. 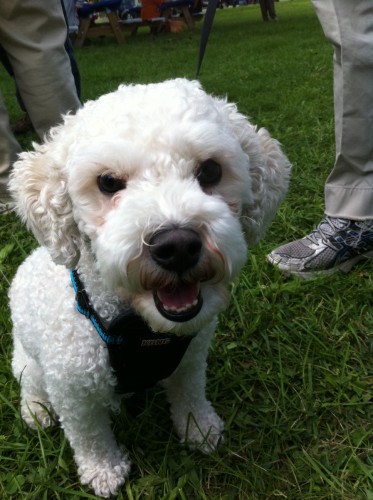 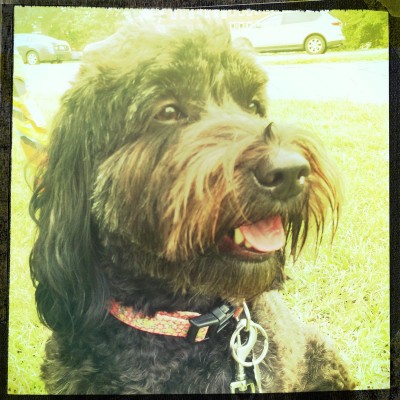 Especially considering that this was the first Party in the Park I would call the event a success. I’m already looking forward to attending again next year.