Join Us In Motor City

“Detroit in February, really?” That seems to be the general response when I mention the location of the 2012 annual conference of the Council of American Jewish Museums (CAJM). Especially in light of recent conference venues (LA, Chicago, New York, Philadelphia), Detroit does not seem to register as much enthusiasm.

I have to admit to similar feelings as I landed in Detroit’s airport for a scouting trip in the beginning of June. As one of the conference co-chairs, I am involved in planning the conference’s content which includes site visits to other museums and determining venues for conference sessions. While initially skeptical, I came away singing the praises of Detroit and feeling incredibly excited about our conference locale.

Here’s what I learned about Detroit during my two-day visit:

Detroit has a large, wealthy, and close-knit Jewish community. With a population of approximately 78,000 Jews, Detroit’s Jewish community is among the top 25 cities in the US. (With approximately 90,000 Jews, Baltimore ranks slightly higher.) The community is largely centralized in several northern suburbs including West Bloomfield, Bloomfield Hills, and Farmington. (These statistics come from a 2005 demographic study sponsored by the Federation of Greater Detroit, http:///98.130.55.106/images/stories/PDF/2010-population-study-presentation.pdf)

Detroit’s Jewish community is exceptionally philanthropic. Despite recent economic woes, the JCC in West Bloomfield recently completed a major capital campaign and just opened The Berman Performing Arts Center. This beautiful state-of-the-art theatre has the capacity to seat more than 600 and its seats can be reconfigured to suit a variety of venue needs. Immediately, we started thinking about the possibility of including performances during the conference.

One of our conference host venues, the Janice Charach Gallery – a contemporary art gallery devoted to showcasing local artists – is situated within the JCC, along with Shalom Street, an interactive and experiential children’s gallery. (To learn more about the Detroit JCC, visit http:///www.jccdet.org/)

Our other host site for the 2012 conference is the Holocaust Memorial Center in Farmington Hills (http:///www.holocaustcenter.org/) which is the nation’s first freestanding Holocaust museum.

We look forward to bringing conference attendees to these two sites as we explore the complex history of Detroit and the contributions of its Jewish community to the city’s artistic and cultural vibrancy.

Detroit is a culturally rich city. During our two day visit, our hosts – Terri Stearn from the Janice Charach Gallery and Stephen Goldman from the Holocaust Memorial Center –  took us on a whirlwind tour of some of its not-to-be missed treasures. Our first stop was probably the site that most epitomizes Detroit, the Motown Museum. What an amazing experience that was! Our fantastic guide took us on a tour of the museum, located in two houses which served as the former home of Motown founder Gordon Berry where he started his family’s music business. Speakers disbursed throughout the museum blared familiar tunes; its walls are plastered with posters of Motown artists (Smokey Robinson, the Jackson Five, Marvin Gaye, the Supremes, to name an few) and album covers; 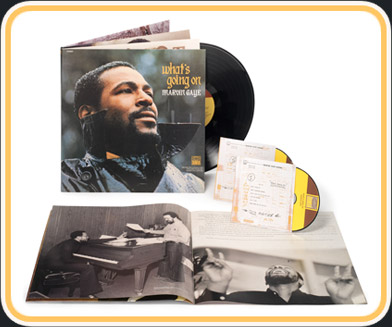 and cases include such fabulous artifacts as one of Michael Jackson’s famous sequined gloves. At the end of the tour, we walked into an old recording studio, and at our tour guides urging, starting singing and dancing to Motown hits. (For a sampling of Motown’s greatest hits, check out http:///www.digitaldreamdoor.com/pages/best_songs-motown.html)

Our next stop was the Detroit Institute of Arts, and a tour of its incredible exhibitions led by none other than the museum’s director, Graham Beal. The museum has recently completed a major restoration of its galleries and it was fascinating to learn about the process. A highlight of the tour was our stop at the Rivera Court where we viewed the Detroit Industry, an extraordinary fresco series painted by the famed Mexican muralist Diego Rivera (1886-1957) (http:///www.dia.org/art/rivera-court.aspx). (Go to http:///www.diegorivera.com/biography-2/ to learn more about Diego Rivera.)

Another iconic Detroit institution is the Henry Ford Museum (www.thehenryford.org), an enormous history museum whose collections and exhibitions rival the Smithsonian’s Museum of American History. While our time was limited, we did have the opportunity to board the bus upon which Rosa Parks refused to give up her seat, as well as to tour Buckminster Fuller’s Dymaxion House, built in 1945 as a solution to the need for mass produced affordable housing. Interestingly, there is no mention anywhere in the museum about Henry Ford’s virulent antisemitism (for more on this topic, check out the Wikipedia entry devoted to him: http:///en.wikipedia.org/wiki/Henry_Ford).

In addition to its many cultural resources, Detroit also provides a perfect backdrop for exploring how Jewish museums compare to and interact with other ethnic specific museums. During our stay, we visited the Charles H. Wright Museum of African American History (http:///www.chwmuseum.org) which explores the history of Detroit’s African American community. Conversations about Detroit frequently relate to the problems that the city has faced as its more affluent community have fled to the suburbs and the challenges of urban renewal. During our visit, we kept learning about artists and grassroots organizations dedicated to solving these problems. One poignant exhibit at the museum explored the work of Tyree Guyton whose groundbreaking work, the Heidelberg Project, has transformed blighted neighborhoods through art and community building.

We hope to include representatives of these organizations in our conference as a means of encouraging conversation about the role of museums in urban renewal and community building.

Our final stop before heading to the airport was, in some ways, the most meaningful. We visited the Arab American National Museum, the only museum in the US devoted to exploring the experiences of Arabs in America. (http:///arabamericanmuseum.org/)

We were all struck by the many similarities in exhibition narratives about immigration, assimilation, and identity to our own institutions. The piles of suitcases and trunks in the section of the exhibition focusing on arrivals made me immediately think about our own exhibition, Voices of Lombard Street. Indeed, in many places, you could substitute the word “Jew” for “Arab” in the exhibit text, and it would not be necessary to change any other words! The staff at the museum is eager to work with us as we move forward with conference planning, and we are all looking forward to including a visit and to exploring how narratives of arrival, assimilation, and identity are interpreted in ethnic specific museums.

I left Detroit exhausted from all of our museum visits. At the same time, I was thrilled to reevaluate my initial misgivings about Detroit as a conference venue. Detroit is the perfect venue for exploring themes as varied as the social responsibilities of Jewish museums, the challenges of urbanism, and how we interact with other ethnic communities and museums. If you’re still not convinced about the merits of Detroit, check out this recent New York Times article: http:///www.nytimes.com/2011/07/03/fashion/the-young-and-entrepreneurial-move-to-downtown-detroit-pushing-its-economic-recovery.html?_r=1&src=ISMR_HP_LO_MST_FB.  The 2012 CAJM conference takes place February 26-28. Join us and become a Detroit booster too!

1 reply on “Join Us In Motor City”

While perusing your blog tonight, looking for a taste of nostalgia from my home city, Baltimore, I was pleasantly surprised to find this post about my current city, Detroit. In my 15 years here, I have often noticed the similarities between my two cities. Since the 2005 survey you quoted, the population has certainly dropped more, and the community has changed slightly (including a new presence in Detroit proper)but the Berman Center and other projects in the community attest to the staying power and continued philanthropy of this special community. We look forward to welcoming you and your colleagues in February (and, yes, you should pack for VERY cold weather which is more likely than not). Please feel free to contact me should you need anything during your stay.