On Sunday, the Jewish Museum of Maryland held its annual Feldman Family Lecture with Sue Fishkoff, who spoke about her new book, Kosher Nation: Why More and More of America’s Food Answers to a Higher Authority.  With Thanksgiving right around the corner and the recent opening of Chosen Food, her talk about the kosher industry was well attended. 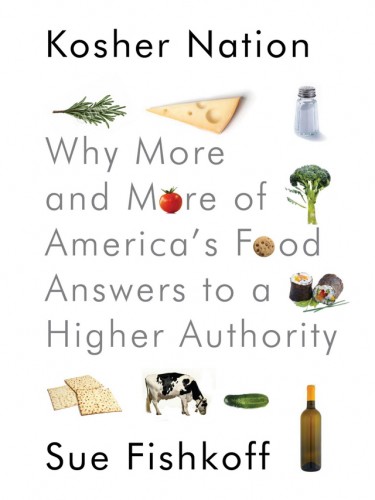 When asked to define kashrut, Sue Fishkoff’s answer, to paraphrase, is that it is the practice of mindful eating, and of the individual living holistically with the earth. I was surprised to learn that 40% of domestic food sales come from kosher food products.  Since only 2% of the population is Jewish, that means most people buying kosher foods are not Jews.   Besides the small percentage of Jews who keep kosher every day, according to Sue Fishkoff, a significant proportion of Jews buy kosher food during Passover as a mark of membership in the tribe.  Kosher products also appeal to a variety of other people, including vegetarians, Asians, African-Americans, and Muslims, for non-Jewish religious and secular reasons. 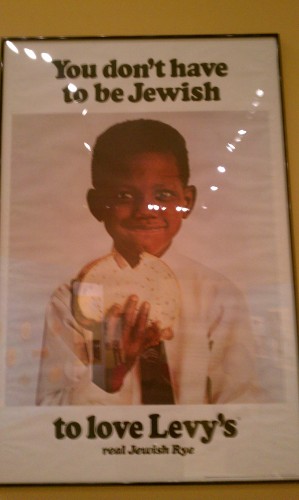 It makes sense that in order to be economically viable, the kosher food industry has to market to a wider group of people than the minority of Jews who keep kosher.  And with marketing tactics such as the1972 Hebrew National commercial that proclaimed “We answer to a higher authority,” people began to associate kosher food with safety and health.

What I found most interesting is that the Jewish conversation about food reflects a wider dialogue amongst Americans, more specifically an increased interest in food.

For example, our opening for Chosen Food (an exhibit about Jewish foodways) took place only months after the National Archives opened “What’s Cooking, Uncle Sam?” which talks about the ways in which the Government affects what Americans eat: http:///www.archives.gov/exhibits/whats-cooking/index.html.  Clearly Jews are not the only Americans talking about food.

The message I took away from this talk was that there is meaning behind the food choices we make.  As Sue Fishkoff said, every Jew has to set their own bar in terms of how they keep kosher, whether they abide by all the laws of kashrut, or none at all  (personally, my grandma never eats pork, except when there is bacon).  Even if you are not Jewish, Kosher Nation encourages you to think about your relationship with food, from its production to your table.