When I arrived at the Pearlstone Conference & Retreat Center for the Darrell D. Friedman Institute’s JPRO Day, it was reminiscent of my first day at summer camp, ropes course and all.  I’m not much of an outdoors person, so I was thankful that the day’s workshops would be inside the comfort of a conference room.  Upon entering the main building, there was a registration table where a volunteer handed me a registration packet and a name tag that said, “Amy Smith, Jewish Museum of Maryland.” 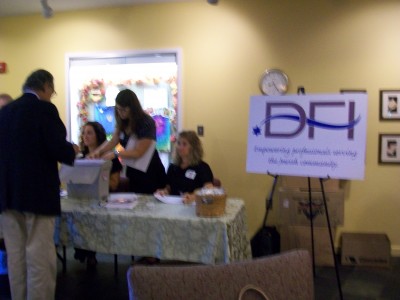 I proceeded upstairs to the Library, where I attended an orientation breakfast for professionals who were new to Jewish Baltimore.  DFI’s Executive Director, Cindy Goldstein, welcomed all the newcomers to the Baltimore Jewish community and explained the variety of resources available.  As I noted all the upcoming professional development workshops I wanted to attend, what struck me was the variety of people participating in this day long workshop.  Though we were all represented different Associated agencies with different goals, there was a sense that we were all connected to one community.

This theme manifested itself in various ways throughout my day, starting with Associated President Marc B. Terrill’s keynote speech, which underlined that now was a critical moment for Jewish communal professionals.  Throughout the day, I had the opportunity to meet and work with colleagues from a range of Jewish organizations in Baltimore, including Har Sinai Congregation, Beth Am Synagogue, the Towson University and University of Maryland at College Park Hillels, Jewish Community Services, and CHAI, just to name a few.  I attended workshops on building your professional career, led by Ronnie Green, Career Counselor at JCS; expressing your core values in your daily work, given by Deborah Grayson Riegel; and relationship-based engagement, which was led by Graham Hoffman of the International Hillel Center. 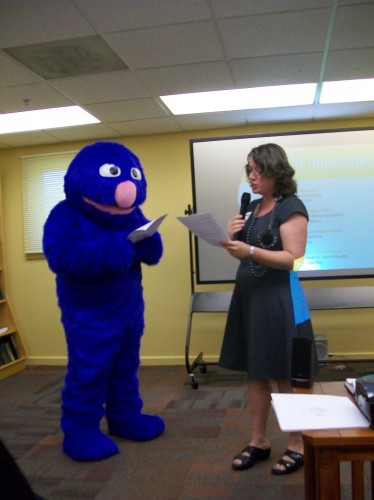 Even more so than the workshops, lunch provided an unusual opportunity to interact with Jewish professionals I normally would not get to meet.  My lunch table was comprised of mainly young professionals from the Jewish Community Center and Jewish Volunteer Connection, though I had the opportunity to chat with a young woman who was about my age who worked at the Associated.  We found that we had much in common – we were both newlyweds who had recently started new jobs and joined synagogues, though she and her husband identified as Orthodox, while Tom and I joined Baltimore Hebrew Congregation, a Reform synagogue.  Though we grew up in very different backgrounds, we were able to connect by sharing stories about our families.

What I found myself rehashing later that evening and throughout the week was a lesson on the importance of sincere humility.  Rabbi Miriam Cotzin Burg, Director of Jewish Educational Engagement at the Center for Jewish Education, led participants in a text study that forced us to self-reflect on what makes us qualified to do our jobs.  The moral of the story was that it is precisely the questioning of abilities that makes you a good leader. 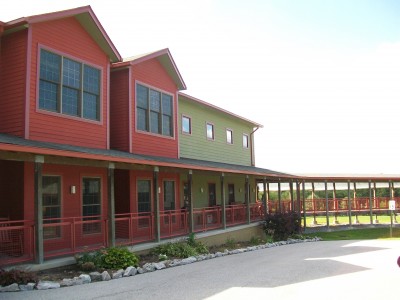 I found this message to be especially poignant for the Jewish Museum of Maryland because we recently finished the American Association of Museums Re-Accreditation Self-Study.  This rigorous application forced us to reflect on, question, and evaluate what we do not only as a history museum, but also as an institution dedicated to preserving, studying, and teaching our audience about the history of Jewish Baltimore.

It was such a great experience that next year I might even be convinced to try the ropes course at the Pearlstone.

4 replies on “Welcome to Jewish Baltimore!”

The great thing about life is that we are always learning, whether in the classroom, on the job or through professional and personal development workshops. Some stop learning early while the lucky ones always thirst for more.

Loved the article and keep up the learning.

Thanks for the feedback, Ms. Goldstein! I look forward to attending further professional development opportunities at DFI.

Beautifully written. You touched on and took away all the key components of the day, from the skill building to the networking to the importance of community!

A lovely and inspiring essay. I enjoyed reading it , even if it did bring back memories of my own very poor performance on the ropes course.