Houdini in Hollywood and The Grim Game

Tickets to this program include Museum admission – Buy Now 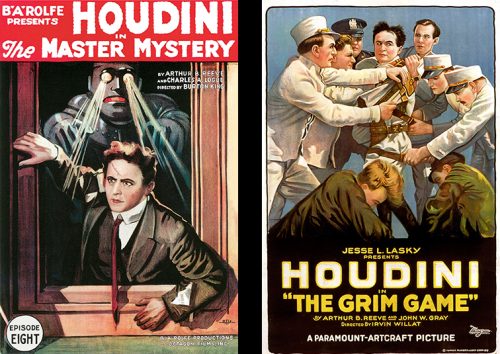 It’s not generally known that the great magician and escape artist Harry Houdini was also a pioneer of early cinema. Houdini filmed many of his death-defying escapes, starred in several films, and even ran his own motion picture studio. Now Houdini historian and blogger John Cox (wildabouthoudini.com) tells the amazing story of Houdini’s involvement in early cinema. Highlights include the true story of a plane crash caught on film during the making of his most successful movie, The Grim Game. The talk will include dozens of rare photos and film clips of the legendary Harry Houdini in “Action!”

At 2pm join us for a screening of The Grim Game, starring Harry Houdini. Plot synopsis: Jailed unjustly for a murder he did not commit, a young man uses his amazing powers of escape to free himself and pursue the actual killers, who hold his fiancée captive. 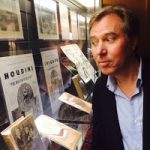 John Cox has studied the life of Harry Houdini for over 40 years. He consults on Houdini projects for radio, television, stage and film, and writes a popular blog devoted to the magician, WILD ABOUT HARRY (wildabouthoudini.com). A graduate of USC, John has written for film and television. He’s also a member of the world famous Magic Castle in Hollywood.

This program is presented in relation to the Inescapable: The Life and Legacy of Harry Houdini exhibit, on display June 24, 2018 – January 21, 2019.