How Maryland Women Almost Didn’t Get the Vote

Speaker: Elaine Weiss, author of The Woman’s Hour: The Great Fight to Win the Vote 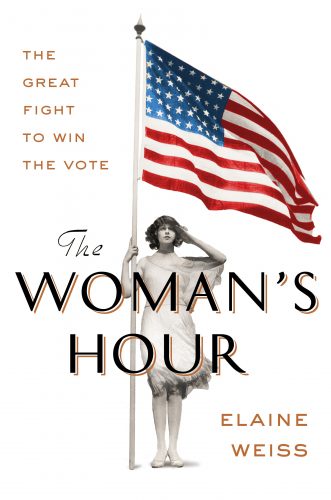 Learn about the nail-biting climax of one of the greatest political battles in American history: the ratification of the constitutional amendment that granted women the right to vote.

Nashville, August 1920: One last state is needed to ratify the 19th Amendment. After a seven-decade crusade for the vote, it all comes down to Tennessee, and it is the moment of truth for the suffragists. But there are powerful forces opposing woman suffrage–corporate, political, and ideological foes–who have their own reasons for denying women the ballot. And then there are the Antis–women who fear suffrage will bring about the moral collapse of the nation. They all converge on Nashville for a vicious face-off, replete with dirty tricks, betrayals and bribes, bigotry, booze, and the Bible.

A Jewish “militant” Suff plays a starring role in the drama; a Jewish Tennessee delegate, dedicated to justice, becomes a hero; and Maryland stands on the wrong side of history. And at the very last moment, a crucial vote of conscience is secured by a mother’s letter. Come hear author Elaine Weiss’ vivid telling of this important chapter in our national struggle for equal rights.

This program is presented in partnership with Preservation Maryland.

This program is presented in relation to the Amending America: The Bill of Rights exhibit, on display through May 28, 2018.