The Baltimore Jewish Times publishes unidentified photographs from the collection of Jewish Museum of Maryland each week. Click here to see the most recent photo on their website. If you can identify anyone in these photos and more information about them, contactJobi Zink, Senior Collections Manager and Registrar at 410.732.6400 x226 or jzink@jewishmuseummd.org. 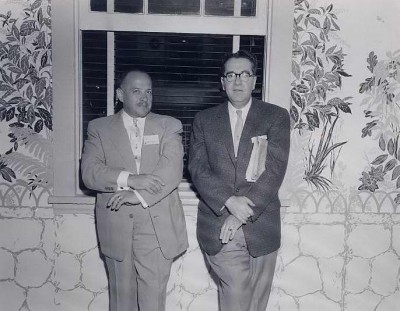 While the Azoans were at first associated with the Jewish pharmacy fraternity “AZO”, they developed into a wholly independent group of “Wives and Daughters of Jewish Pharmacists.” They did a lot of charitable work, as well as becoming a social group.

George was a pharmacist and an owner of Charles St. Pharmacy for many years. His wife was Ernestine “Tini” Lubarsky Stiffman who was principal of the Baltimore Hebrew Congregation school. Tini served as president of the organization (AZOANS) three different times