Not long ago I posted the finding aid for MS 180 the Rosa Fineberg midwife records.  Midwife records are a rich resource for genealogists.  Besides the expected birthdates, the books also contain information about the occupations and origins of the parents.  We are lucky enough to have two collections and the following finding aid excerpt gives information about Lena Barber and her work.

The midwife records of Lena Barber were donated to the Jewish Museum of Maryland by Rose Kushner in 1985 as accession 1985.062. The collection was processed in April 2003 by Robin Waldman.

Lena Barber was a Russian immigrant who lived at 44 West York Street in South Baltimore who made a living as a midwife. She would walk to clients’ homes and would wear a white apron while she worked. She delivered most babies on her own, using just her hands, but Barber called in a medical doctor whenever complications arose during the birth. Her daughter or granddaughter often accompanied her when she went to deliver babies, and in most instances, they probably filled out the forms for Barber, because her English was not very practiced.

Baltimore City law required that every person practicing midwifery in the City of Baltimore had to keep a register of births and had to enter the information in that register, as provided by the Office of Registrar of Vital Statistics of the Board of Health. That information further had to be copied onto a monthly schedule, which was in turn delivered, signed, to the office of the Commissioner of Health on the first, second or third day of every month. As noted on the Return of a Birth form in the records, “Any such person or persons who shall hereafter fail to comply with the provisions…shall be subjected to a fine of ten (10) dollars for each offense.” Forms were provided by the City office, and copies of each form were both retained by the midwife and turned in for recordation by the City. 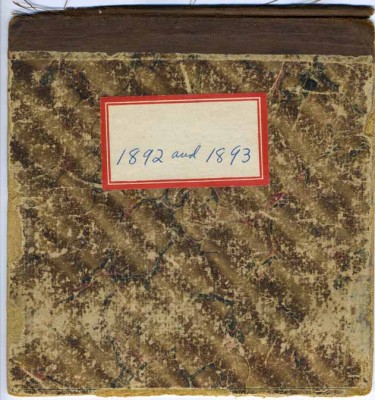 Lena Barber’s life and death dates were estimated by her great-grandson, Steve Barber, based on the following information:

Lena came to the United States in 1883 with two children. She was already widowed when she came (fromRussia), and subsequently remarried in Baltimore and had one more child. Steve’s father was one of Lena’s grandsons. Steve’s father and mother were married in the spring of 1940, and Lena attended the wedding. She died a few months afterward.

Lena Barber recorded the details of the births she facilitated in a series of at least sixteen notebooks. Sixteen notebooks are included in these records, but a gap from the years 1923-1928 indicates that at least one notebook might be missing. Information that was recorded included:

Also included among the records are a photograph of Lena Barber, several examples of the paperwork she was required to utilize for compliance with city law, and some of her undated notes on births she performed.

Disloyal: LIVE! Bill Barry on the Red Scare in Maryland